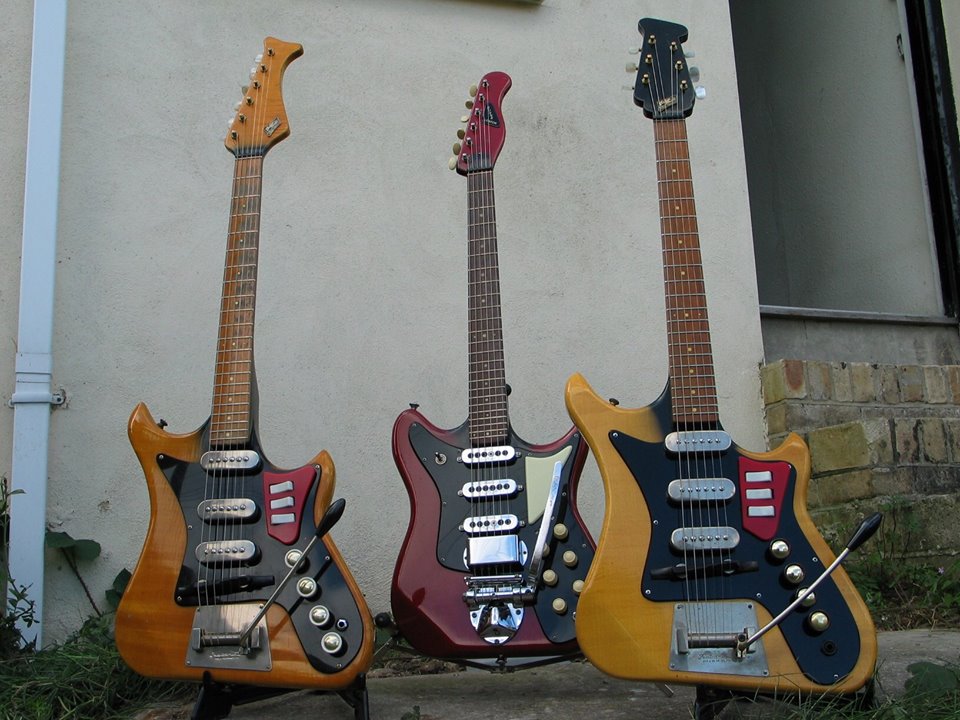 Henry Weill was already making Fenton-Weill branded amplifiers and guitar pickups (including the Broadway 1857 and 1925 basses and some early Dallas Tuxedo models) before his involvement with Jim Burns in BURNS WEILL. Following Jim's sudden, unexpected (and unwelcome) departure from the partnership, Henry decided to continue making instruments under his previous brandname, believing the Fenton-Weill name hinted at Fender associations, which he surmised made good commercial sense for use marketing electric guitars.

The range initially continued unaltered from the Burns-Weill range, since one of the settlement arrangements made after the dissolution of the Burns-Weill partnership included Henry being granted exclusive ownership of the designs for the models. A few transitional examples emerged bearing the brandname Weill London, as the ever-frugal Henry simply chopped ‘Burns’ off the existing head plates. Once stocks were exhausted he used a new Fenton-Weill version through 1960, before switching to a small metal badge in 1961. Styling of the Burns-derived models quickly became more streamlined; Henry didn't think much of Jim's original designs and he set about re-vamping the range, adding cutaways and curves throughout. After the pair split, Henry built bodies in-house, but necks proved more problematic, so these were instead supplied by a gunstock maker and the parts were then put together in the FW factory. 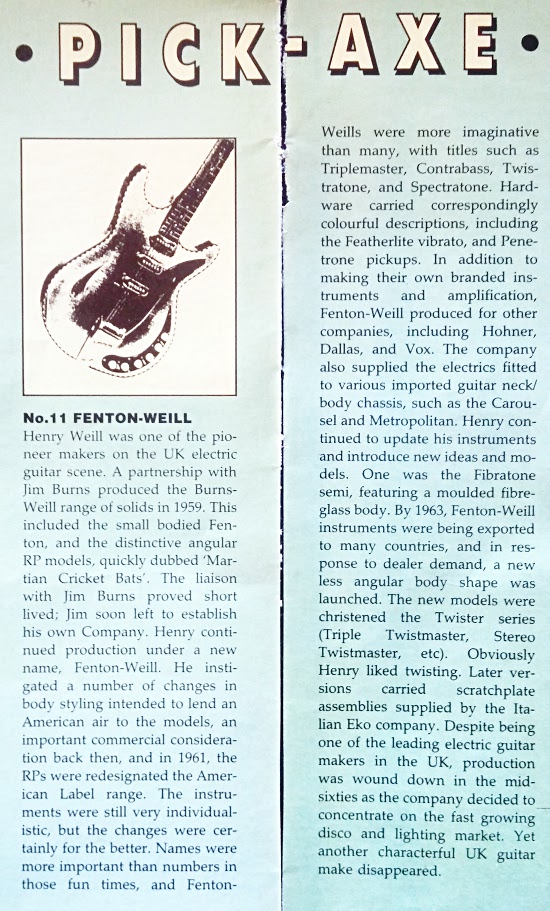 Serial numbers are stamped into the tip of the headstock.

The earliest examples have no stamped serial number

A number (or letter) written under the pickguard and on the body seems only to indicate components paired for assembly within a batch.

It is widely believed that the first digit of 4-digit serials indicates the year of production,

Bell Carousel numbers seem to follow their own sequence:

Comment from Paul Day: Photos of Henry’s Frankfurt stand in the early 60s show FW instruments of various vintages alongside each other, plus plenty of separate scratchplate assemblies etc., all available to any interested importer or distributor. The guitars pictured include early Triplemasters etc. rubbing shoulders with small-bodied solids like those made for Dallas and Hohner. Different headstock shapes are equally abundant, but all carry the Fenton-Weill badge in either plastic or metal form.