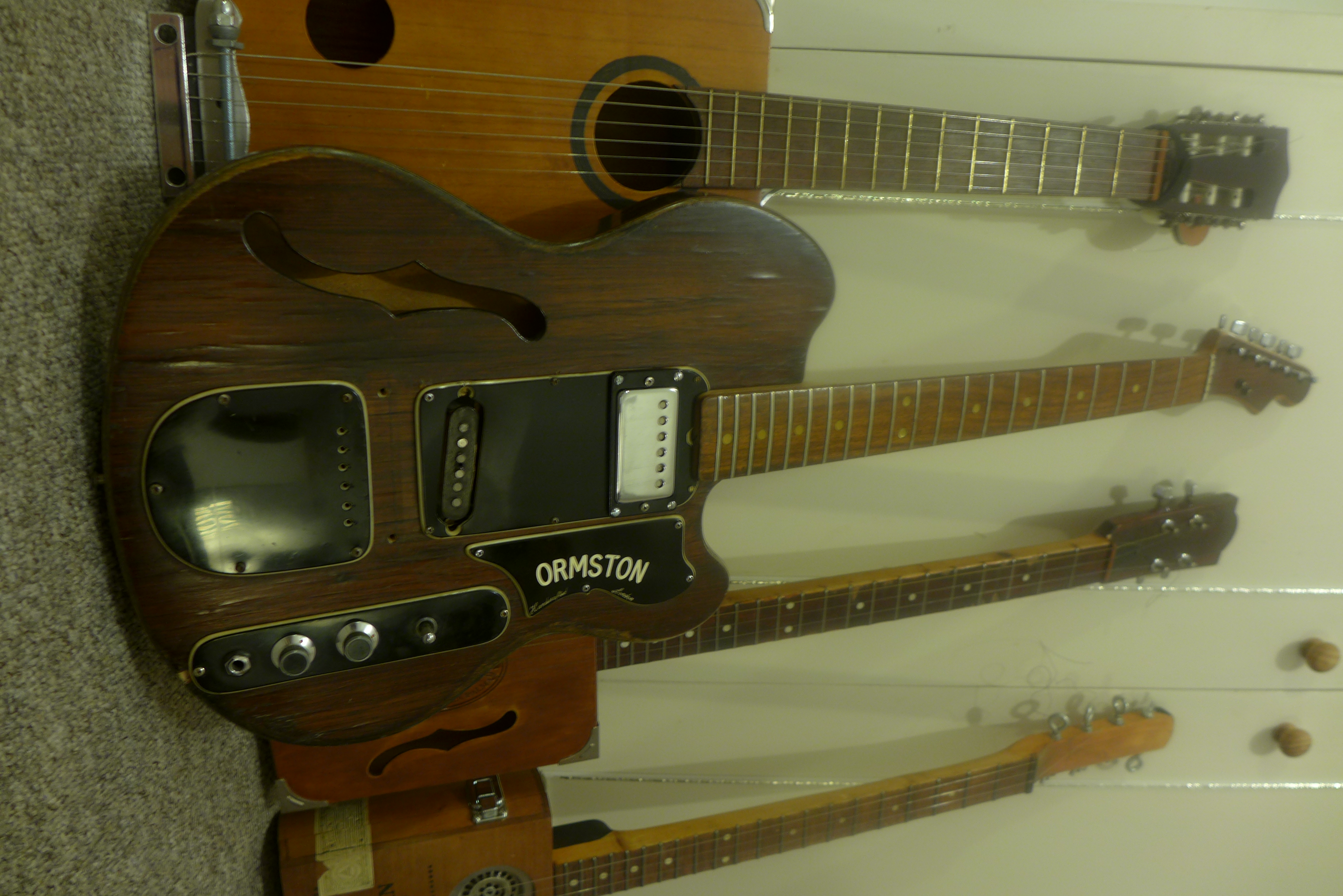 A second prototype example, with 6-in-line headstock with 'rosewood' fingerboard with 2 dots on octave, plus transitional 'droopy' pickguard engraving: 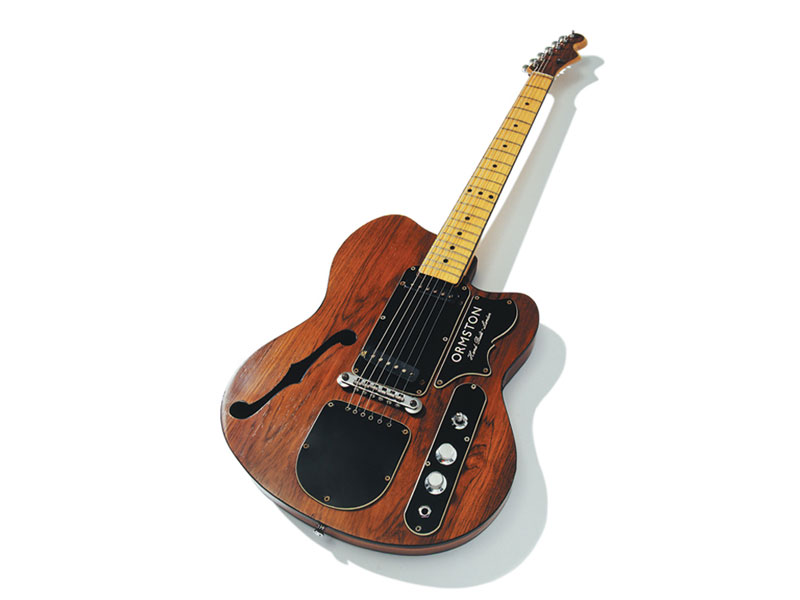 "I owned the one featured in Pearls and Crazy Diamonds; It was just a prototype, not a player. But it was the start of Hayman."

"Jim Burns told me he designed and hand built this one-off in 1968/9, just prior to his association with Hayman, and the construction is suitably somewhat crude. The single-coil pickups were Vox, while the control knob, selector switch and bridge were made by Re An, all as used on various Baldwin semis of that era. The large front plate aft of the string anchorage area covered a set of springs crudely installed in the body and Jim refined this idea further for the Hayman range. In fact this guitar is the direct predecessor to the Hayman 2020, its missing link status indicated by the semi-solid body and that low-slung f-hole, while the outline shows a definite leaning to what would become the standard Hayman shape. I believe the Tele-style carved headstock carried a set of Grover tuners and I think Eddie did the necessary engraving."

This guitar was on sale secondhand in Pan Musical Instruments (Pat Chapman's shop in Wardour St, over the Whisky a Go Go) for £50 or so around 1971 - 1972; It hung around for ages (many, many, months - probably a year or more), while Gibson SGs and battered Strats were in and out the door in days. Pat also had a four pickup Black Bison in stock for a month of Sundays. I bought a Marvin and a Burns Vibraslim from him, the Vibraslim effectively being a TR2 with no actives and the same pickups as the original Black Bison. 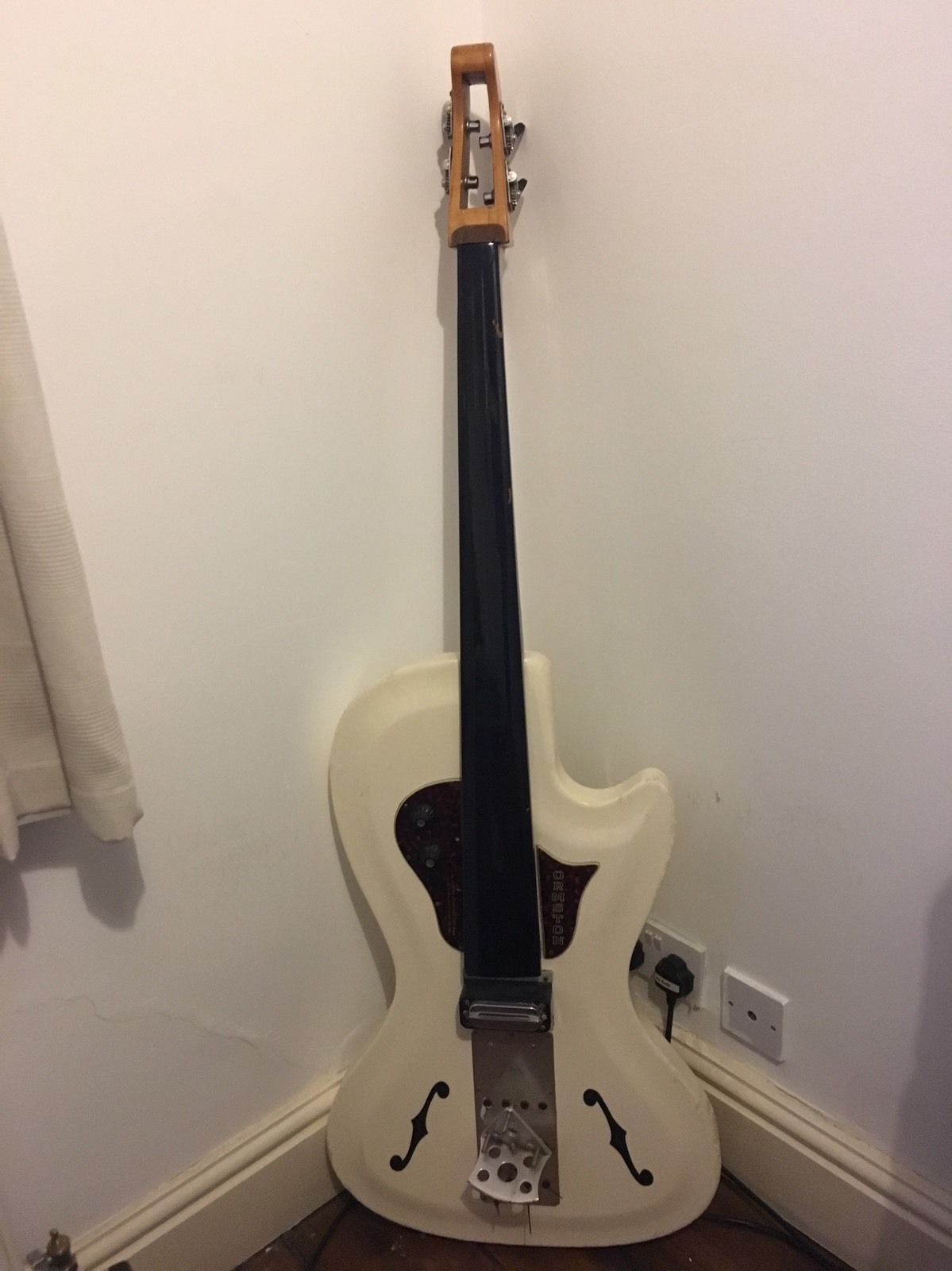 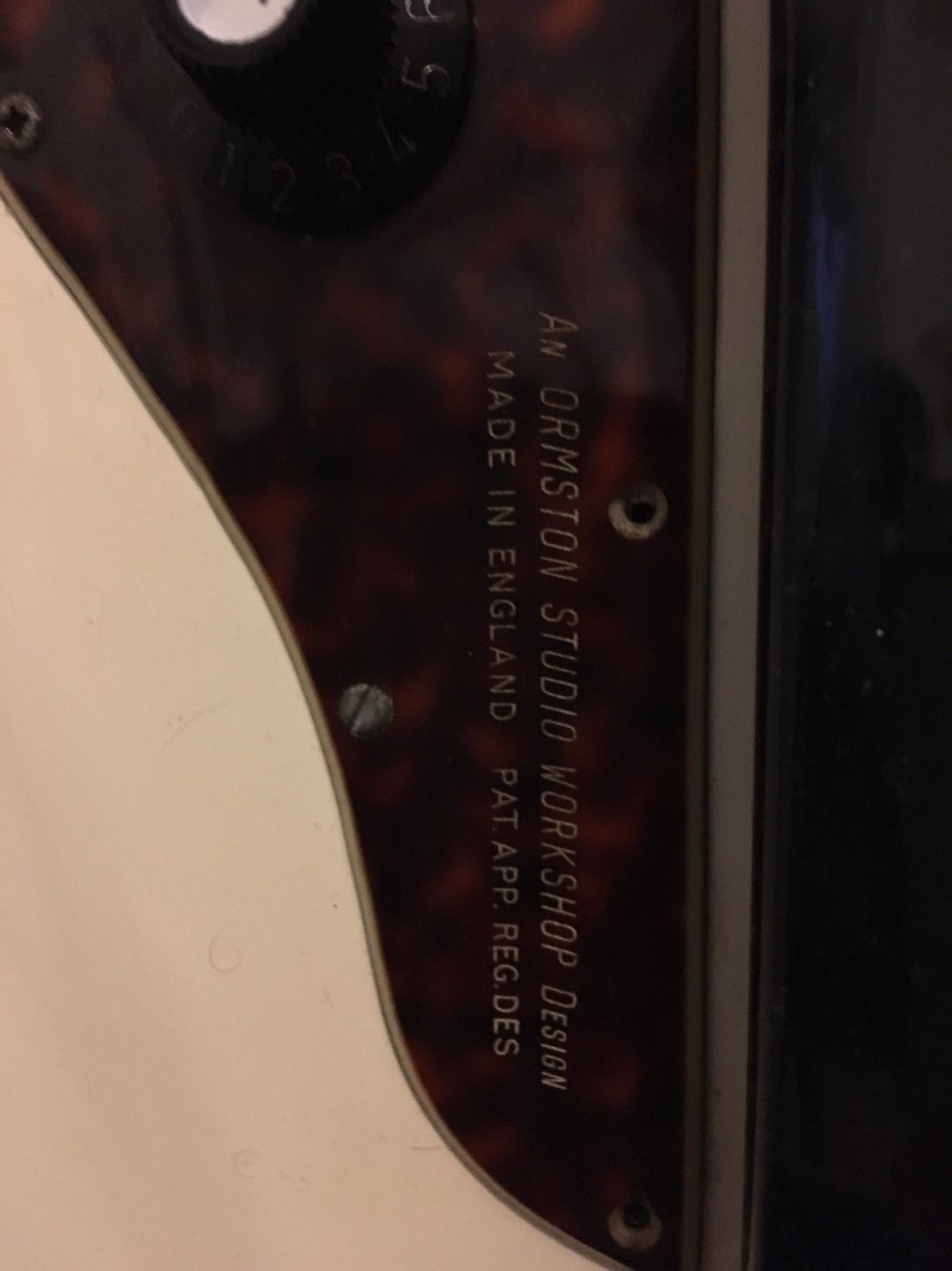 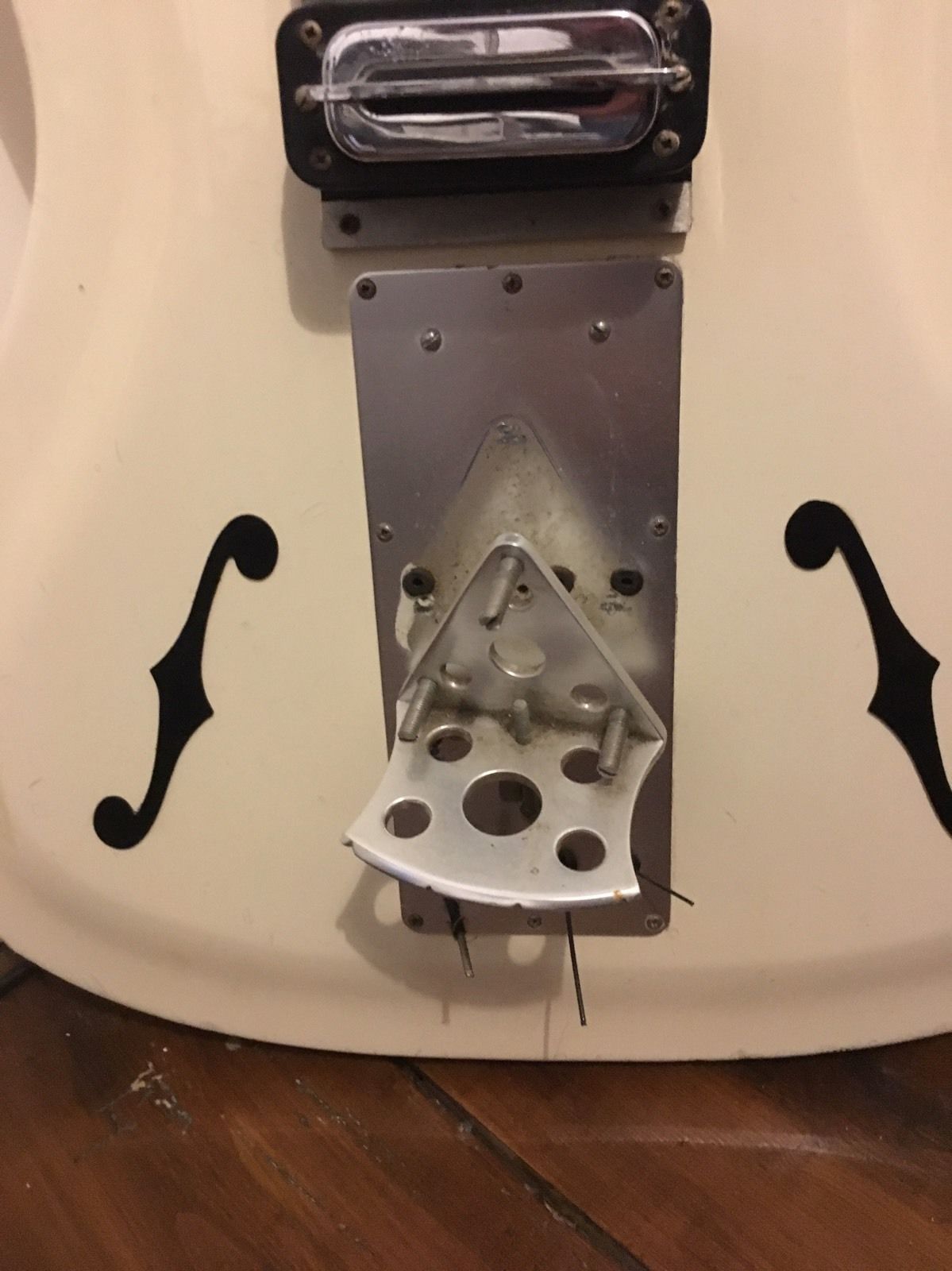 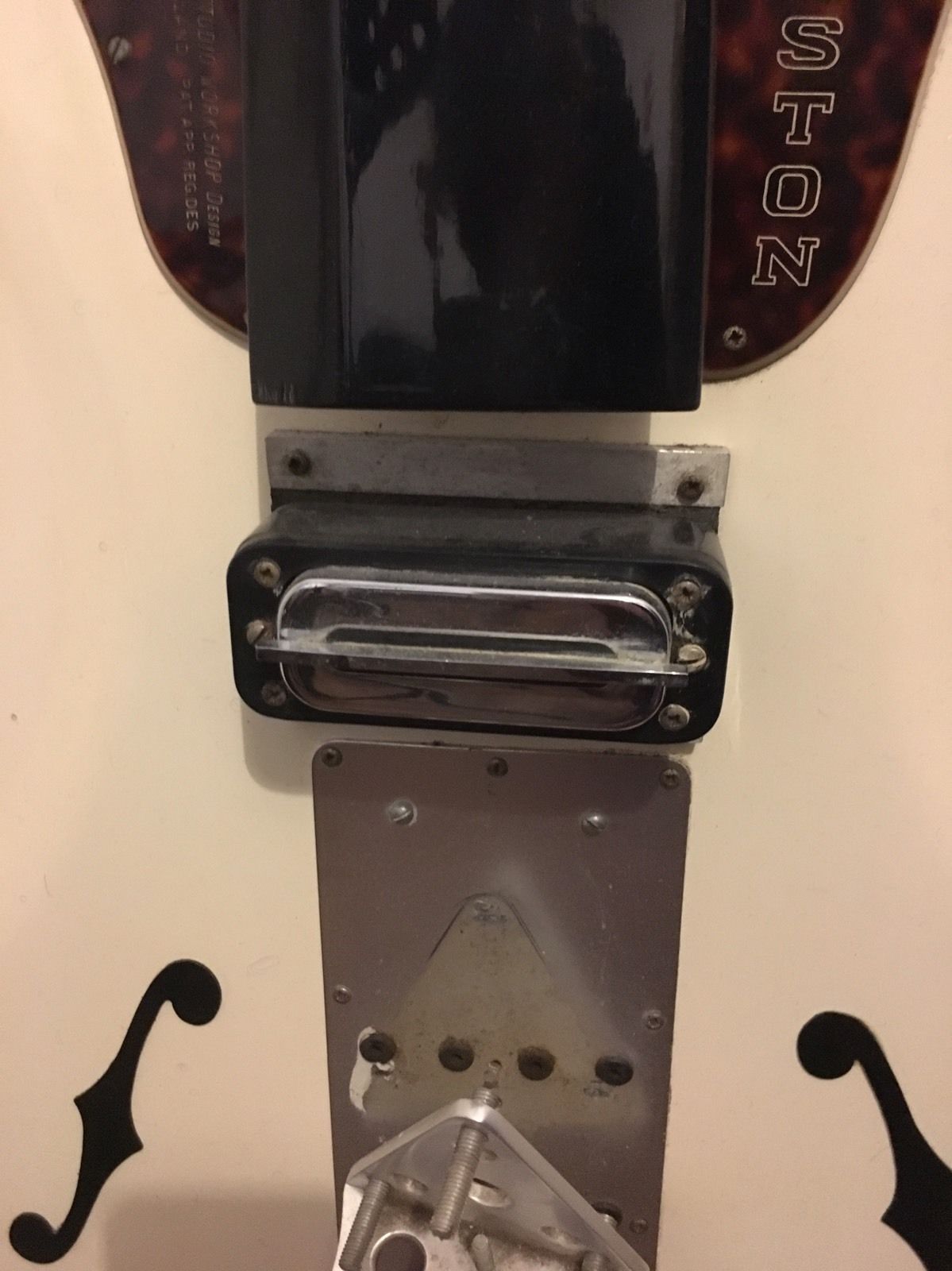 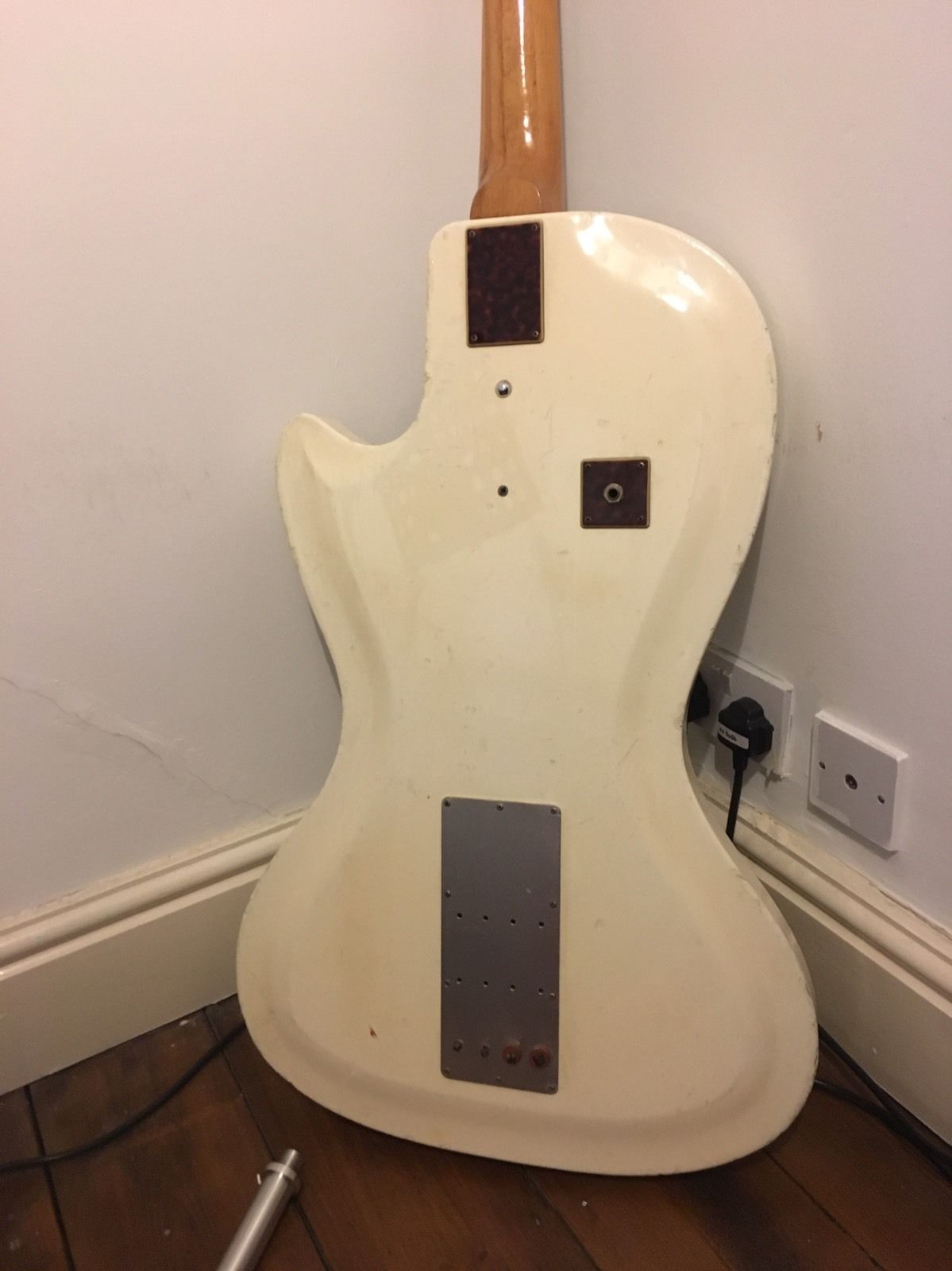 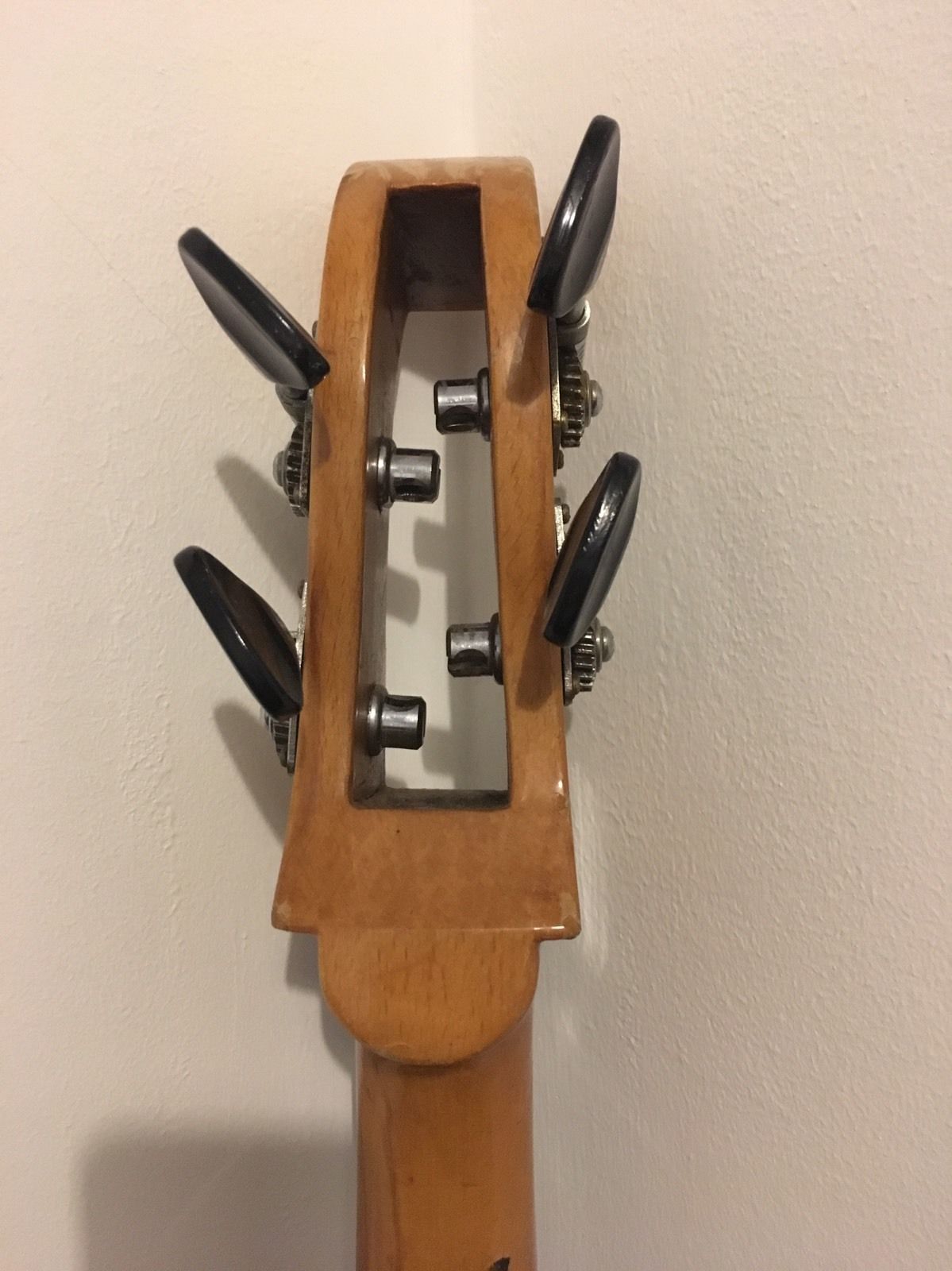 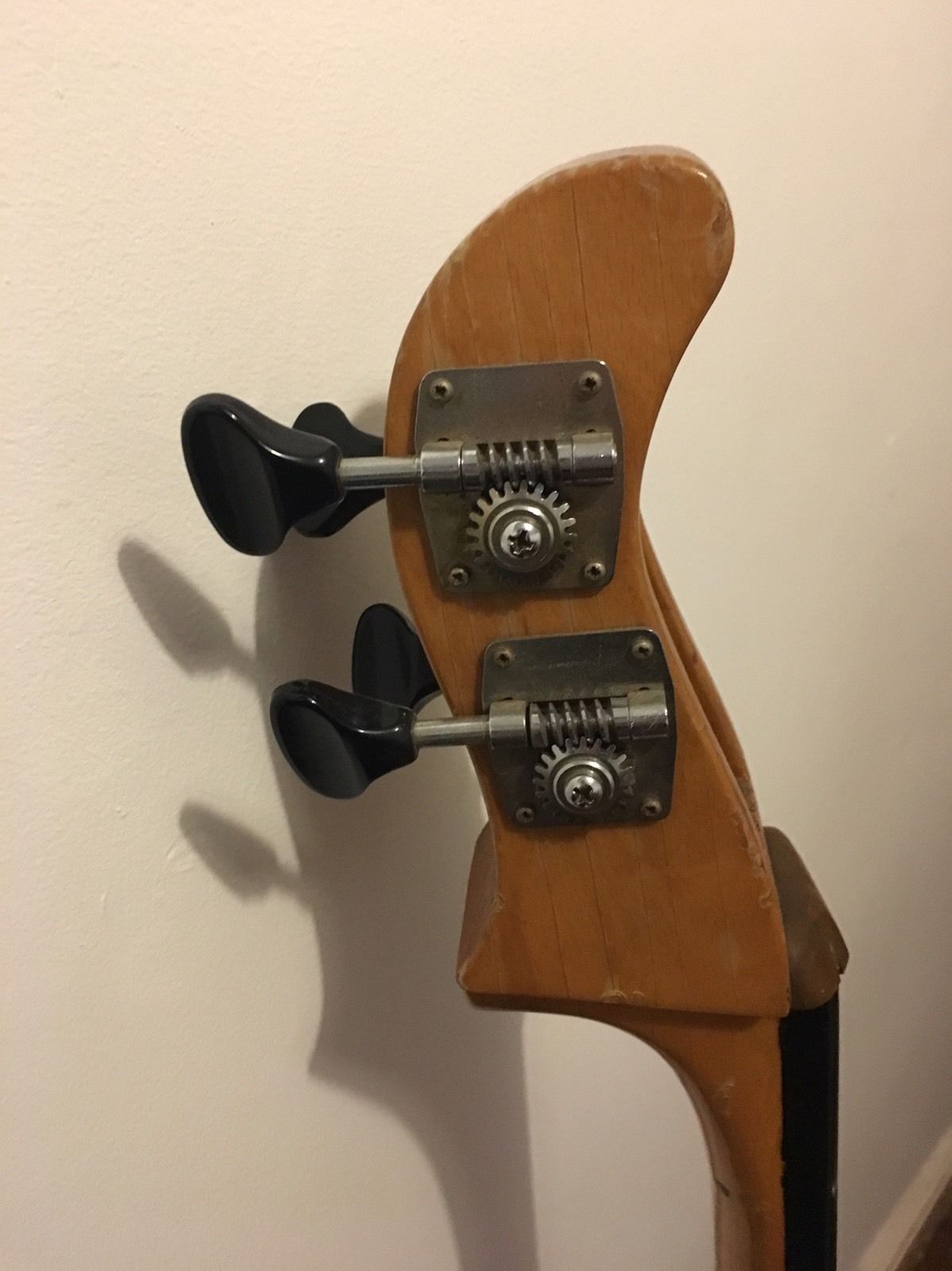 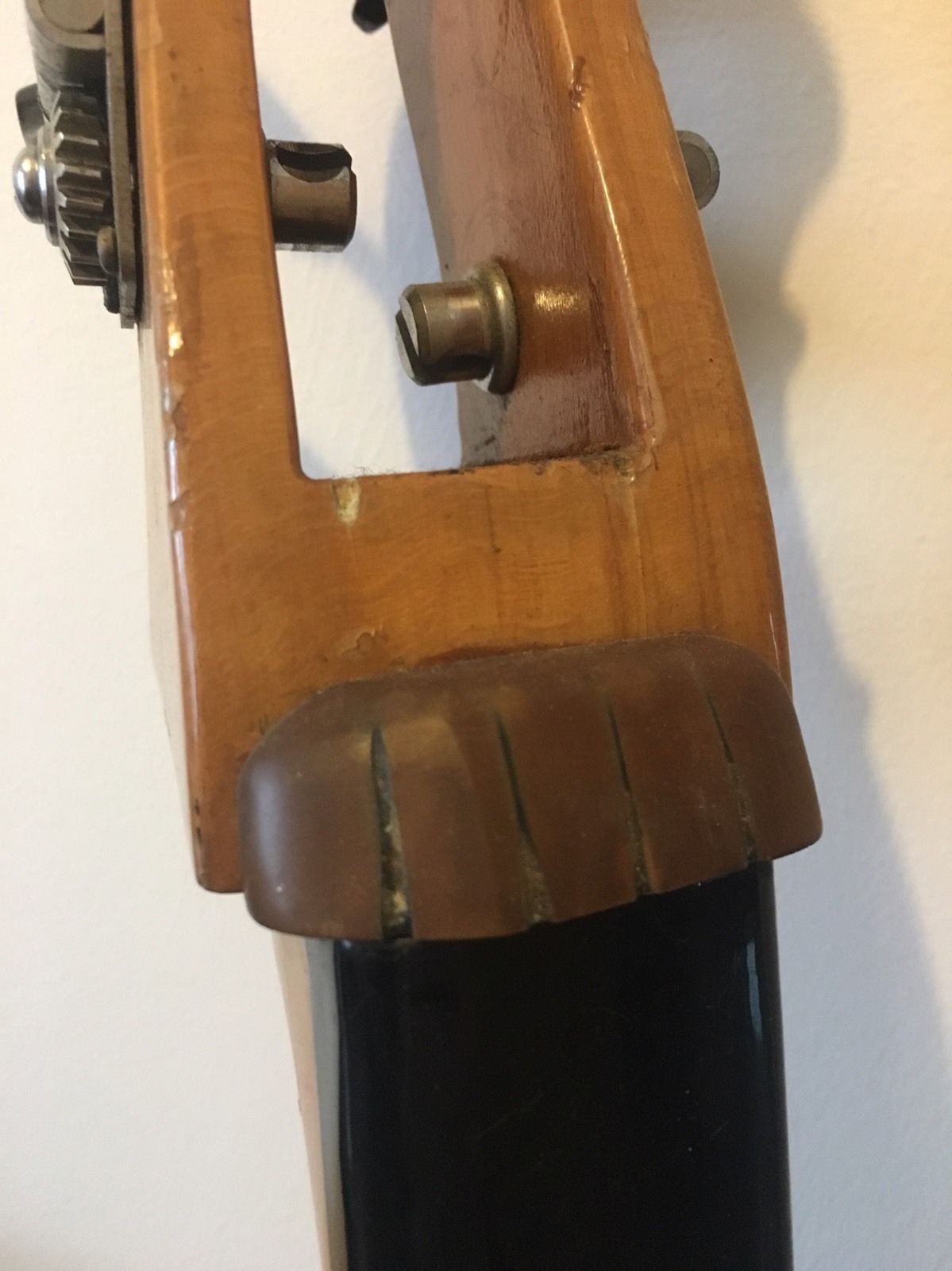